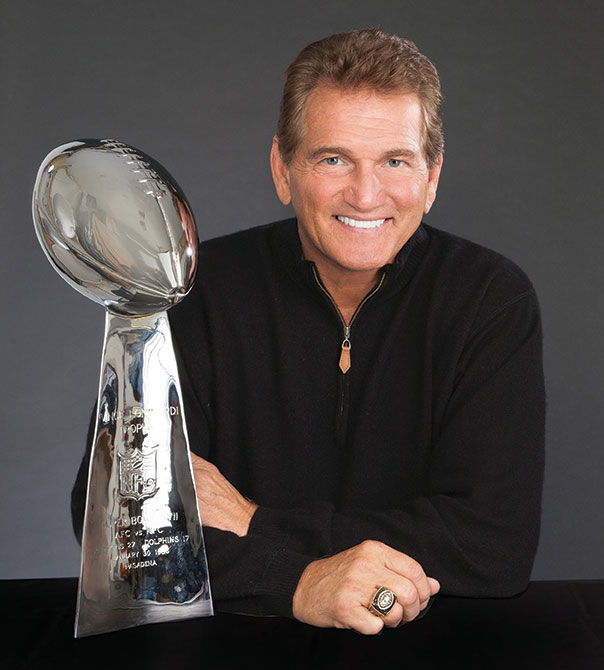 Joe Theismann: Challenge of Change,
Adjusting to the New Normals of Life

A 12-year NFL veteran, Joe played in 163 consecutive games from 1974-1985 for Washington. He led the team to a 27-17 victory over the Miami Dolphins in Super Bowl XVII, was selected as the NFL’s Man of the Year in 1982 for his community service and dedication to the health and welfare of children, and in 1983, he won the league’s MVP Award, leading Washington to a second consecutive Super Bowl. Joe’s career ended abruptly in 1985 after sustaining a badly broken leg during a Monday Night Football game.

Off the field, Joe was inducted into the College Football Hall of Fame in 2003, and in 2013 received the Walter Camp Football Foundation “Distinguished American” Award. Most recently, Joe spent the last two decades working for ESPN and the NFL Network as an NFL analyst.

With every chapter of his life, Mr. Theismann evolved from athlete to the ultimate businessman. An Emmy award winning analyst, business man and athlete, he utilizes his gifts, talent and high energy to share his strategies for handling unforeseen change.

Table and other sponsorship opportunities are available. Click here for the Ticket Reservation Form or contact the Development office at development@moravianmanor.org or 717-626-0214.